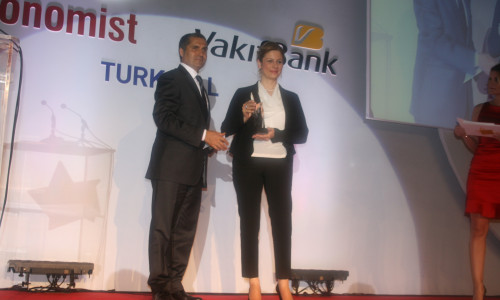 The biggest producer of Mediterranean Sea Bream and bass in the world and the leading aquaculture company in our country and Europe, Kılıç Seafood took the first place in the category of agriculture-food production in the contest of “Anatolian Brands 2014”, held with the cooperation of Capital and Economist Journal.

This year, approximately 170 companies participated in the contest in which the most successful Anatolian Brands were determined in two different categories as “Big Companies” and “Small Enterprises”. 15 companies, having the most successful stories on branding, received awards. As a result of the evaluation performed by the jury, Kılıç Seafood was granted first award with Beypi under the sub-title of “Agriculture-Food Production” in the category of “Big Companies”

The award ceremony and premiere night of the contest – it was 8th – was organized in Istanbul Marriot Hotel in Sisli on 9 December 2014, Tuesday. Ersin Kılıç Kızıltan, Vice Chairman of Kılıç Seafood , received the first award in Category of Agriculture-Food from Talat Yeşiloğlu, Editorial Director of Economist Journal.

The award of Anatolian Brands is a significant activity in order to place the brand awareness to the enterprises, carrying on business out of Istanbul, and to reward the success stories of the ones, proceeding in the field of branding.