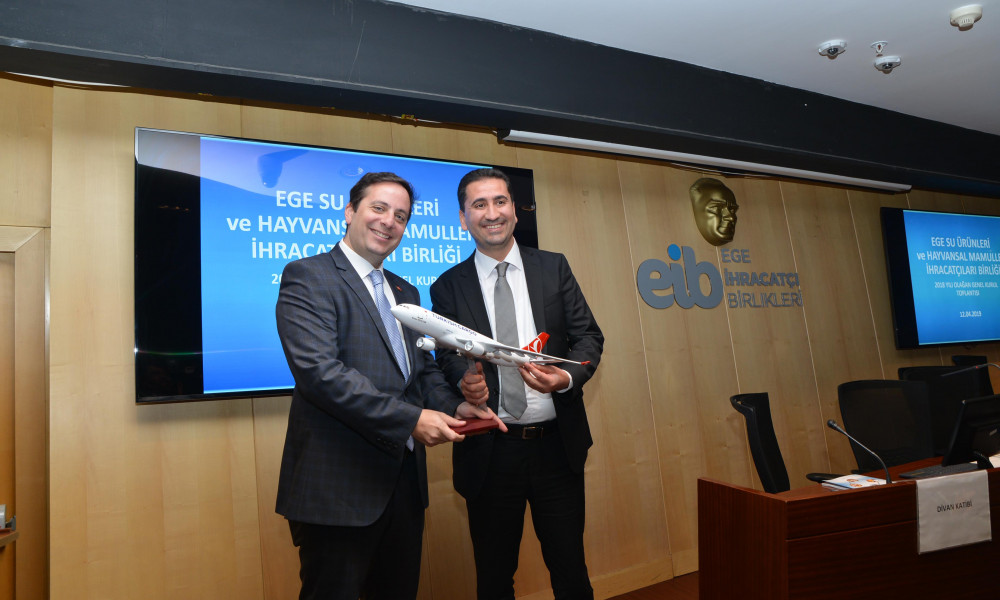 The company is the champion of export and also air cargo zone. The leader of seafood sector KLC Gıda from Kılıç Holding made 175 million $ export. Therefore, won the grand prize from Aegean Fishery and Animal Product Exporters Association. On the other hand the company won another award named ‘’The most exporting company through air cargo’’ from Turkish Cargo.

In 2018, a record over 2.5. billion $ currency rate gained in Turkey by the seafood and animal product sector. At this sector’s leader position, an association called Aegean Fishery and Animal Product Exporters Association awarded a prize to its 30 members. One of the speakers was Sinan Kızıltan, the Vice President of Executive Board, said ‘’Despite the economic difficulties we experienced as a country in 2018, it is a promising advancement that our sector has increased the currency rate more in its country. As KLC Gıda, we contributed 175 million dollar worth of money to the record export rate. Congrats to all exporters receiving an award.’’

We will work more to contribute to the sector

Hilay Ağaoğlu, the Export Director of Kılıç’s Seafood, expressed their joy for achieving the most exporting number and for being awarded with a grand prize and she continued ‘’Each year, we are going to strive to increase the export numbers more. We are going to continue our works as a company to carry our sector to better places.’’

Sinan Kızıltan, the Vice President of Executive Board, accepted the award from Faik Deniz, the Manager of Turkish Cargo İzmir, for being chosen as the most exporting company through air cargo among the members of Aegean Seafood and Animal Product Exporters Association.